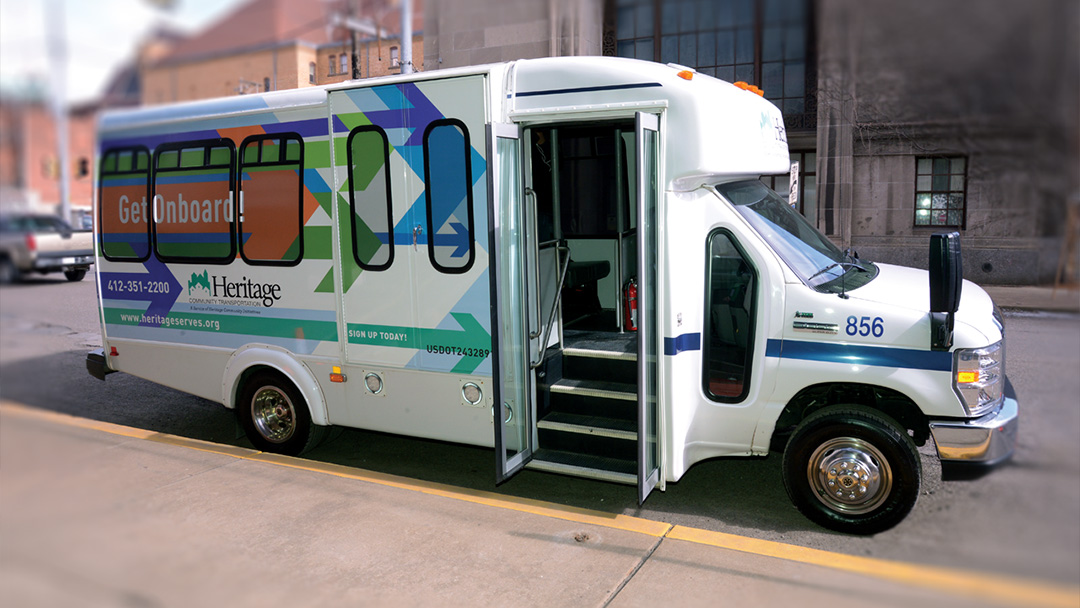 For years, Paula McWilliams has understood the value of Heritage Community Transportation through the rides it provides to jobs, medical appointments and grocery stores for residents in disadvantaged communities in the Monongahela Valley.

Now, the president and CEO of Braddock-based Heritage Community Initiatives Inc. has the facts and figures to back up her position.

An economic impact study released by the agency last week found that customers who pay 25 cents per ride generate more than $14 million a year in economic activity. The study by Delta Development Group found that every dollar spent by the agency returns $13.16 to the community.

That includes $8.3 million in direct and indirect salaries of employees, riders and the businesses they patronize. Riders also spend $3.2 million on health care, education, retail and entertainment, and state and local governments collect about $1.2 million in annual taxes from them.

The agency uses five 14-passenger buses to carry as many as 8,000 riders a month on a fixed weekday schedule from 6 a.m. to 10:45 p.m. About 67% of the rides connect passengers with Port Authority routes, but the rest provide service between local communities that isn’t easily available through the countywide agency.

Over the past 21 years, Heritage has carried more than 1.5 million riders as the only human services nonprofit in the state operating public transit.

“We thought it was time for us to measure the impact so we could actually show people what we know — how important this service is for the people who need it,” Ms. McWilliams said. “The people we’re privileged to serve have to get to work and have to get to the doctor, and they need us to get there.”

Heritage gets its operating funds for the bus program through an $888,000 allocation from the state Department of Transportation. Allegheny County provides the $133,000 local match.

Like all transit agencies, Ms. McWilliams said, Heritage has faced problems during the COVID-19 pandemic, but it has continued to provide service. Initially, it waived the 25-cent fee to limit contact between riders and drivers, and the buses still carry a maximum of six riders to maintain social distancing.

Ms. McWilliams said the agency has made “some tweaks” in service to reduce the number of times it has to pass up riders because vehicles have reached their limit. Through rigorous sanitizing protocols, the agency hasn’t missed any service.

“Our challenge is folks we aren’t able to accommodate,” she said. “It’s the time to be nimble and flexible.”

Heritage started as a program at the former Braddock General Hospital. It also operates early learning and out-of-school programs for about 300 at-risk children and a nutrition program that provides more than 100,000 meals a year for youths and senior citizens.