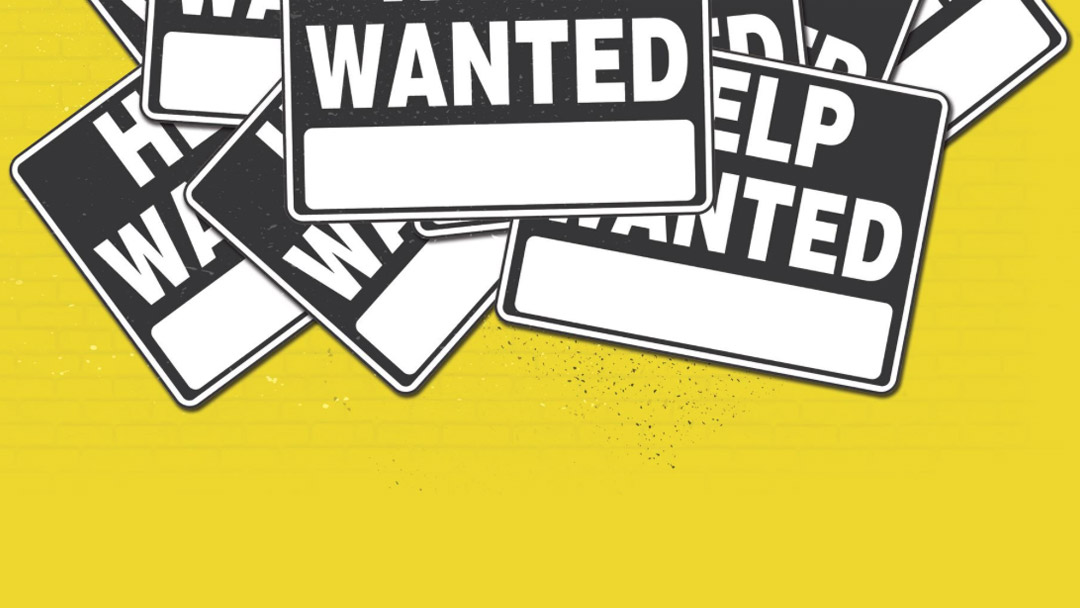 Paula McWilliams would love to be able to fill her 12 open and full-time roles “tomorrow,” but her biggest challenge is finding people to even apply for the positions.

As the president & CEO of Heritage Community Initiatives, a Braddock-based and year-round early education nonprofit with more than 300 students, McWilliams is familiar with the continued challenges that have existed for years in trying to find early childhood educators to fill the positions she needs.

A lot of it comes down to a perception issue, McWilliams said, adding that many young teachers seek out employment opportunities in school districts and will often overlook the importance of providing education for younger children.

Perceptions aside, nothing can quite compare to the current situation she and Heritage are going through.

“We have tried everything, OK. It is more than just a signing bonus; it’s more than just where have you advertised and have you gone to fairs,” McWilliams said. “There’s no amount of signing bonuses, referral fees, referral programs, going to fairs, there isn’t anything that we have not tried. It is very difficult to take a grassroots approach when there is an overarching perception issue.”

The shortage in workers is now, in turn, having a direct impact on what Heritage is able to offer to the community.

“I have a waiting list of children, and it breaks your heart quite literally that I simply cannot serve because I cannot get teachers,” McWilliams said.

Causes for the shortage

McWilliams is far from alone in her challenges to find workers — in fact, in this era of economic recovery, struggling to hire has become the norm rather than something that in the past affected only a few industries at a time.

Plastered on the doors and windows of shops, restaurants and other businesses, the physical sights of a labor shortage have become ubiquitous around the region.

And the number of listings is up substantially. The state’s Department of Labor and Industry tracks online job postings among the 100 largest employers in designated workforce development areas. For the WDAs that encompass an 11-county area in and surrounding Pittsburgh, listings in June were up 112% from a year ago, with employers seeking almost 24,000 employees. Registered nurses were the most in demand, followed by retail salespeople.

Pennsylvania’s Department of Labor and Industry keeps track of aggregate online job postings by Workforce Development Area. Among the 100 largest employers in each WDA, here is a look at openings in June 2021 and change from June 2020. The companies that are the largest employers in these five WDAs are seeking almost 24,000 employees in 11 counties, up 112% from a year ago.

Gus Faucher, chief economist at PNC Financial Services Group Inc., believes the current labor shortage isn’t one that’s going to be around for much longer, however. He cited three main possible factors that are, broadly speaking, likely holding back the supply of workers in the near term, the first among them being working parents.

Faucher said that since many child care centers have yet to fully reopen, parents have had to drop out of the workforce to be home with their kids.

That, coupled with the fact that many schools did not offer in-person instruction up until the end of the last school year, is having a direct impact on the number of workers who are available and looking for work.

A second factor impacting the labor supply is the continued presence of Covid-19 in the community, Faucher said. While vaccination levels remain high and cases remain low, the spread of variants and the concern about catching the virus, especially if one is immunocompromised, could be deterring people from work, Faucher said.

Finally, Faucher said the availability of increased unemployment insurance benefits could be a factor for some who might be making more than they would be normally in the labor market. With the national unemployment benefits set to expire in September, Faucher believes this factor, along with the others, will result in more people returning to the labor force sooner rather than later.

Other challenges still remain, however.

“There are some people who are approaching retirement age who were laid off, and they may decide that it’s just not worth it to go back into the workforce at this point,” Faucher said. “We may see a structurally lower labor force because of the pandemic relative to what we had beforehand. But I do think that most of the people who dropped out of the labor force will be returning to the labor force over the rest of this year and then into 2022.”

A new report from economic data and analytics firm Emsi Burning Glass found that a million more baby boomers, those born between 1946 and 1964, retired throughout the country over the pandemic than expected. While the report didn’t provide local numbers, the larger-than-expected retirement of older Americans is also likely contributing to Pittsburgh’s workforce woes.

“This region tends to have a slightly older workforce than much of the rest of the country,” Jim Futrell, vice president of market research and analysis at the Allegheny Conference on Community Development, said. “We don’t have hard numbers regionally, but anecdotally you can make that inference that we were probably disproportionately impacted by that trend.”

These factors, among others, are all having a direct impact on the total availability of workers in the Pittsburgh region.

According to the latest release on regional unemployment data from the Pennsylvania Department of Labor & Industry, the Pittsburgh MSA reported 1,160,100 people as being included in the seasonally adjusted labor force during the month of June, a slight increase of about 1,300 from the 1,158,800 people it reported in May.

As for what it will take to attract new talent at firms that are struggling to find workers, Faucher said it’s likely going to require a different approach from what many employers are used to when it comes to hiring new employees.

Larry Mench, vice president of operations for Pittsburgh-based franchisee Heartland Restaurant Group LLC, said his company has changed up its hiring approach over the past several months.

He said he’s recently seen about 80% of applicants apply to openings due to exterior signage, internal referrals and fliers handed out to every guest across its 62 Dunkin’ Donuts and 3 Baskin-Robbins locations in the region, a shift from how applicants would typically find out about openings in the past.

But even the approach of reaching out to some of these applicants who have expressed interest in filling an open role has had to change to elicit a response, Mench said.

“We would try and call people to set up interviews, and the younger group that works in our QSR doesn’t respond to calls because they don’t recognize your number,” Mench said. “But if you text them, you get a response pretty quickly, so we just did little nuance type of things like that.”

Now, Mench said the company is “very, very close” to having nearly 1,800 workers, the same number it employed before the pandemic, though it was just a few weeks ago when its staffing shortage required it to reduce its operating hours and dine-in availability at its restaurants.

“We’ve added things, benefits, perks, et cetera, to our portfolio for our team members and our managers,” Mench said. “We’ve just had to recruit differently and recruit harder than we had to do before.”

Those added benefits and perks can go a long way in recruitment as compensation is yet another factor that needs to be reexamined as the high competition for labor, like any market, is driving up the cost for workers amid a limited supply of them, Faucher said.

“What worked before may not be working now, so they may need to raise pay levels, pay bonuses, offer more flexible working arrangements, whether that’s working from home or whether that’s, again, more part-time work, that type of thing,” Faucher said. “But you can’t just assume that what worked in the past will work now. And they need to be overall more flexible.”

That same survey also found that more than 60% of respondents said they will operate in a hybrid, flexible arrangement, while 17% said they will resume on-site, in-person operations. Just 4% indicated they will continue mostly remote.

Yet the offering of remote work to future employees and the level of compensation that will be given for such work is a challenge itself. While it presents an opportunity for local businesses to expand their search for talent, it also means current talent in Pittsburgh might be looking elsewhere for work, further diminishing the availability of regional workers.

“From the CEO perspective, if you can’t find the workers here to do what you need to do, chances are you’re going to look in other areas where you’re operating,” Futrell said. “That means you won’t see a moving van move jobs out of town, but they will still be moving out of town in a much more under-the-radar type of way.”

Companies that can entice Pittsburgh-area job seekers with remote work and wages more fit for higher cost of living areas are also having a direct impact on the number of workers available for local companies.

“Businesses are also facing a lot of pressure from companies that are located out of market, offering the same ‘stay wherever you are, we might pay you a little bit more,’ because they might be using coastal wages rather than normal (wages),” Vera Krekanova, chief strategy and research officer for the Allegheny Conference, said. “If businesses can offer that, they will probably be more competitive.”

As the labor market continues to evolve, it will need to be reexamined to see whether these seemingly temporary shortages are actually more permanent, Faucher said. If the latter, bigger endeavors, such as implementing automation where it currently isn’t present, could become necessary.

“We are going to be closely following to see what happens with how much of this is permanent,” Faucher said. “If it turns out that more of it is permanent than we think it is, then we’re going to be in a situation where we’re going to need to see bigger structural changes in the job market and an employer’s responses to what’s going on.”