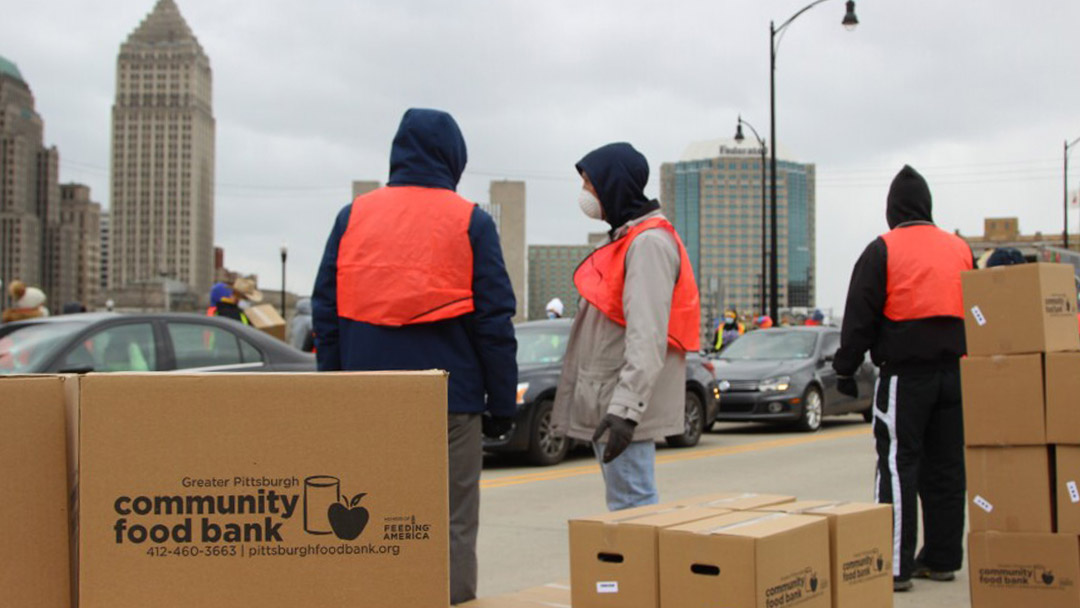 Heritage Community Transportation operates a small public transit service with three routes in 16 eastern and Mon Valley communities; rides are normally $0.25 cents each but are free for three months with the cards.

“We felt that what we offered was also complementary to what they do [at the food bank],” said Heritage CEO Paula McWilliams. “So, to allow individuals who go to their pantries access to our service that can help them get to work, or to an interview, or to health care, and to do so for three months is part of our obligation to make sure that people have access to transportation, but also to support the folks that utilize the food bank.”

A lack of transportation is often a barrier to people accessing healthy foods, said Chris West, the food bank’s director of community connections.

“Something that is really important to the food bank is to not just throw our hands up and say, ‘Well, that’s a tough and complicated issue. So, I’m not sure what we can do about it.’ We want to be proactive. That’s why we’re working with Heritage.”

The free transit cards will mainly be distributed at food pantries that are on routes served by Heritage.