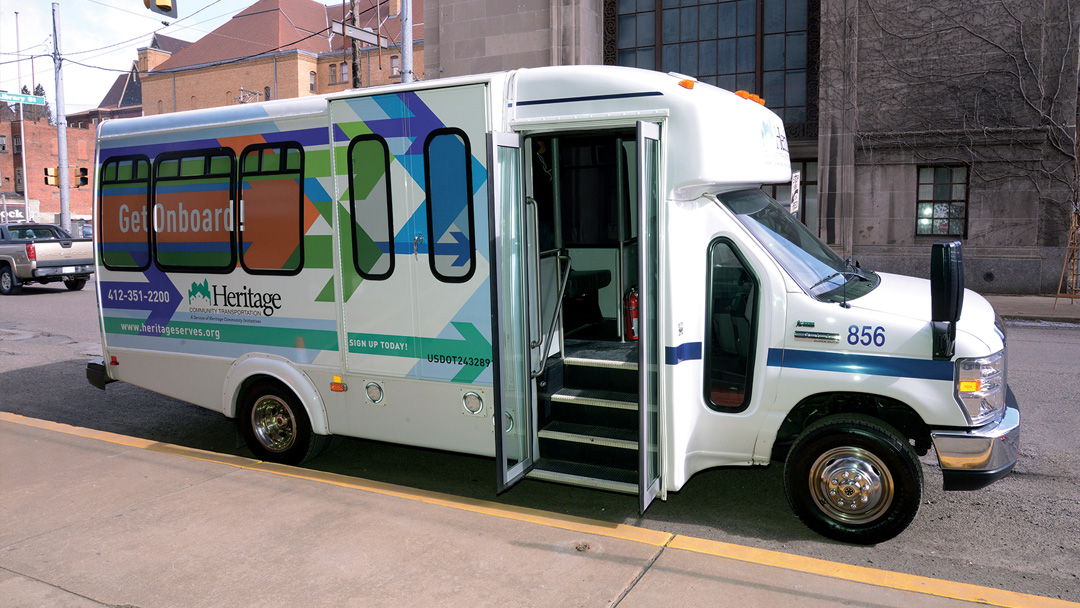 Chris West recalls the start of the pandemic when the Greater Pittsburgh Community Food Bank began spending $1 million a month more than its usual $19.8 million yearly budget to help people in need. As the pandemic has dragged on, times are still tough for many people, he says.

“We’ve seen attendance a little down at pantries, but we think that is because people were getting the Child Tax Credit and extra SNAP benefits, and last year there were more food distributions through different channels for pandemic relief. But the Child Tax Credit has ended, so I think the numbers are probably going to go back up,” says West, director of the food bank’s new Community Connections department.

Last year, the food bank distributed more than 34 million pounds of food, including 11 million pounds of fresh produce, and helped people fill out and submit nearly 4,000 SNAP applications. But, says West, “If people can’t access the food we’re trying to get them, it’s not doing any good. We want to cut down barriers wherever we can.”

That’s where Paula McWilliams and Braddock-based Heritage Community Initiatives come in. This month marks 22 years that Heritage has provided community transportation with its vans — rides that typically cost people only 25 cents. At the start of February, Heritage provided the food bank with 550 free rider cards, available at its pantries and drive-up distribution sites, giving people unlimited access to work, medical appointments or shopping sites on Heritage’s fixed routes that run through 16 communities.

“Access to transportation is an ongoing challenge in the region,” says McWilliams, the organization’s president and CEO. “We have a longstanding relationship with the food bank and because we serve many of the same people, I thought what a great opportunity this is for us to support the food bank and their customers.”

The program will run for three months and might be extended based on its success. Reception is good so far, says West, though it will take a while to collect data on who’s taking the cards and how they’re using them.

“People are excited,” he says. “We have made a real commitment to looking holistically at the needs somebody may have, whether it’s transportation, housing, financial stability, employment or health care. We’re working to connect people to the resources beyond food that they might need to get to a better place and ultimately be food secure because it’s more than just food.”

McWilliams says the pilot program, which Heritage is underwriting, will help to determine demand. “There’s nothing we’d like better than to expand or enhance the program, but we want to make sure it’s a valuable service.”

Heritage operates a commercial kitchen to make meals for those students, but also for the food bank and other organizations to deliver — more than 100,000 meals a year, often delivered to seniors living alone and in poverty. The transportation program serves mainly people with annual incomes under $19,000 a year.

Anyone can fall on hard times, McWilliams says, and no one should be afraid to seek help.

“We try to not describe people by a poverty level because one of our objectives, quite frankly, is to eliminate the indignity of need,” McWilliams says. “Anything we can do to reduce the indignity of need, we will. These are families making a decision not to drop their child off at daycare and there’s nothing wrong with that. They’re enrolling them in an academic early learning center. And it’s not that they don’t understand what a balanced meal is; they do.”

Most of Heritage’s riders board the vans to reach Port Authority stops, or to get to work or medical appointments. The free rider cards are essentially a donation to the riders, with yet unassigned value, McWilliams says. The vans run weekdays from 6:30 a.m. to 10 p.m.

“The food bank does phenomenal work, so anything we can do to support what they are doing is a tremendous privilege,” she says. “It does help us to ensure that more people know about our service and might take advantage of it. … People shouldn’t have to suffer in silence. They need to know that we’re here.”

Both the food bank and Heritage receive funding from foundations, corporations and individual donors, as well as government funding for particular programs. When the pandemic started, the food bank’s call center got a huge influx of calls, West says, and the accelerated need showed the staff it was time to form the Community Connections department.

“It was so clear how so many needs are interconnected — how health is tied to employment, is tied to food security, and all these different things,” West says. “For us, it was, ‘OK, now we’re going to do what we’ve been thinking about doing, because the need is at our doorstep.’ … We’ve gotten so many new donors who have reached out, giving one time or monthly, and that generosity is amazing.”

McWilliams and West share the goal of helping people to access healthy food — fresh produce and meals made from scratch, not processed food — but also resources beyond food because that ultimately can help turn around their lives.

“We try to reduce any stigma that might exist,” West says. “These programs are designed exactly for somebody who gets into a tough spot. When they get more economically stable, they don’t need them anymore. That’s what we let everybody know: Use the resources that you might qualify for, and we’ll walk you through and get you to a better spot.”